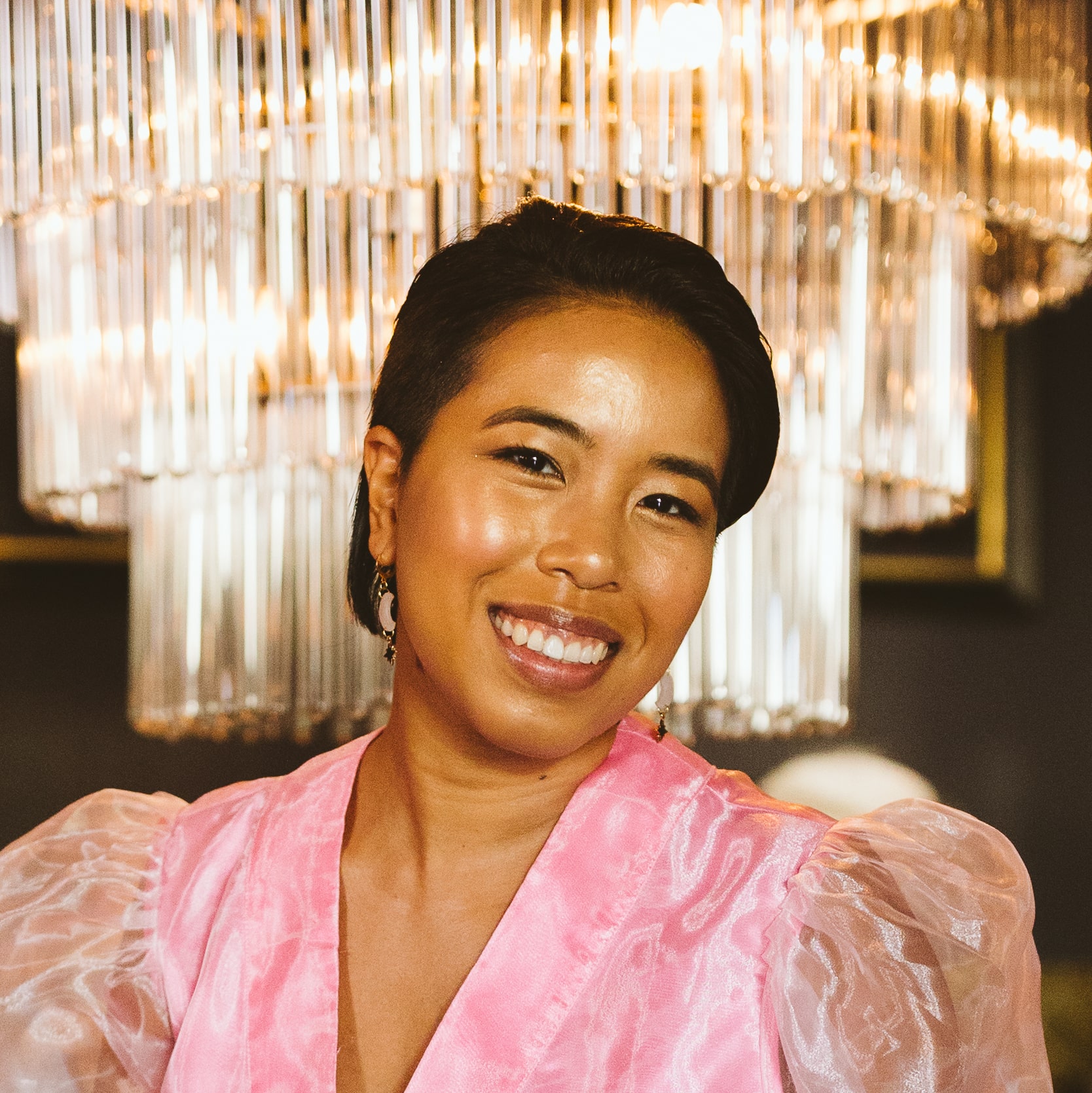 I’m a second-generation Asian American, born to Thai and Cambodian immigrant parents. My parents have worked hard their entire lives, and they made sure to instill that same nose-to-the-grindstone approach in me.

No breaks. No vacations. No exhaustion allowed.

This power-through-it mentality followed me –– everywhere. It informed many of the values I developed throughout adolescence and adulthood.

In college, I’d see my friends drop a class or walk away from an activity they’d decided wasn’t serving them. I’d wait for their tales of parental backlash –– the kind I knew I’d get if I hadn’t followed through on something I’d committed to –– but they never came.

Meanwhile, I hustled. I stuck it out, even when it didn’t necessarily feel right.

I graduated in 2014 with degrees in film and screenwriting, and a specialization in comedy writing. In 2017, I landed my first corporate job writing video content for a major e-commerce pet supply company. I was excited. I was poised to help prove the value of what was essentially a new career path.

At the time, businesses were just starting to truly lean into video content as a viable –– and fruitful –– marketing activity. So I felt lucky to be able to combine my comedy and screenwriting training, and take on a role in a cutting-edge functional area that hadn’t yet become the industry standard.

I put what I had learned from my parents to the test: I took on every project, signed up for every initiative, and soon started handling copywriting for other areas of the business –– going well beyond the scope of my role. No breaks allowed.

At work and beyond, I continued to strive to be the high-energy, extroverted person I had always been.

I love showing up for the people I care about. Historically, if one of them had something going on –– whether it was bar hopping for their birthday, the opening of their new play, or a need to rant on the phone for 2 hours –– I was there, ready to go all in.

Fast forward five years: I’m married, the pandemic has just set in, and I’m moving into a new role at a different company. I was excited for the opportunity and challenge –– but nervous.

The new role offered me more support, creative freedom, and increased responsibility. I could quickly see the engagement and return on investment from the content I was creating. My managers seemed to understand me and the leadership team seemed to value me. Feedback was constant and actionable.

It was all pretty perfect. Yet, I couldn’t shake the feeling that one day soon they’d all wake up and realize I was a massive fraud.

Feedback I’d received from previous managers often reaffirmed some of the core anxieties I had internalized through my no-days-off mentality. Surely, it was only a matter of time before my new manager would start giving me that same feedback.

It’s no secret that many modern companies encourage employees to bring their full selves to work –– to speak candidly and openly about both their ups and downs. But that’s a scary proposition –– particularly for those of us coming from marginalized communities. It’s easy to hesitate. After all, we’ve been conditioned not to bring our whole selves, well, anywhere.

As an Asian-American woman, I’ve always felt pressure to conceal any information that could be used against me at work –– to gloss over or reposition imperfections so no one ever has space to question my abilities or overlook me for a promotion. I know how hard I’ve worked to get here, so bringing my whole self to work felt too risky –– especially in a new role and a professional environment that seemed welcoming but that I didn’t quite trust yet.

I couldn’t shake the idea that all the positive feedback I was getting from my manager and from leadership was just colleagues trying to appease me. I assumed they’d need to see more from me before I earned that praise.

So I took on the extra projects. I consistently worked late without complaining. I just kept going, kept taking on more, kept grinding.

No breaks allowed, I thought.

But then my energy started declining. I began to lose my trademark desire to show up for people: I didn’t want to leave my house. I didn’t want to see or talk to anyone. All the things I used to do that had seemed easy became difficult, almost impossible. And I couldn’t sleep it off.

I’d never known this version of myself.

One evening, I went to dinner at my parents’ house. As we cleared plates from the table they examined me. “You’re working too hard,” my mom said. “You should take a vacation –– somewhere beautiful and warm.”

If I was going to get a wake-up call, this was it: My Southeast Asian parents, who had never acknowledged mental health nor taking a vacation –– who had actively discouraged the act of taking a break –– were now telling me I needed one.

As I considered my parents’ 180° and my state of being, I realized if I wanted to better understand and improve my mental health, I needed more than just a break –– I needed professional help.

I started going to talk therapy and was eventually diagnosed with depression. My diagnosis helped me access new areas of my brain. It gave me the freedom to accept that I don’t have to do everything to be a great friend, partner, and employee. Now, I’m able to acknowledge when I’m tired –– to say no to things and still find ways to uphold my personal values.

I recently attended a college friend’s wedding –– our entire friend group was there. I still felt that familiar pull to participate in everything but I wanted to be honest about my diagnosis. I let everyone know what I was going through and that I might need to tap out earlier than I usually would.

Later that evening, as I was about to head out, one of my friends pulled me aside. “Just so you know,” she said. “You partying and being high-energy and making everyone laugh –– those aren’t the only reasons we love you. We love you because you’re kind, and compassionate, and for so many other reasons. Nothing is going to change that.”

In that moment, I was able to accept the fact that taking on everything and physically being there for everyone (and compromising my mental health in the process) aren’t the things that make a person good. I can take care of myself and still be a stand-out employee and have meaningful relationships.

So, I’m learning to let go and to, first and foremost, be more honest with myself. Maybe I can’t take on an additional project right now but there will be someone else on my team who would be great for it. I might not have the energy for a phone call but I can text and let someone know we’ll catch up later.

My current organization has created an environment where people tend to be comfortable speaking up when they’re not feeling 100%. I feel incredibly privileged to have the full support of my professional and personal communities and access to mental health resources.

Because self-care isn’t always a bubble bath or a night out with your girlfriends.

Sometimes it’s feeling truly safe to embrace your whole self –– to know your boundaries and stick to them –– so you can be a better team member, friend, and family member.

Get started with HubSpot

Ronnie: Wondering WTF Is Wrong With Me
Read the article

Fill out this form to start a conversation with a Hopin team member about your events and get your questions answered.
Mental Health