Ronnie: Wondering WTF Is Wrong With Me 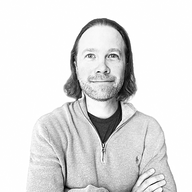 I’ve always felt like a square peg trying to fit into a round hole. It wasn’t because I was adopted. My parents never hid my adoption from me and did an amazing job making sure our biological differences never mattered. Or so I thought.

After a decade of poor academic performance and erratic behavior, my parents were advised to send me in for a psychological evaluation. I had just turned 16 and actually felt enthusiastic about it. We could finally explain why I hadn’t always cleanly fallen into the box society had built for kids like me. I could finally absolve myself of the guilt that I couldn’t live up to expectations, particularly my mother’s.

More importantly, I could answer the question at the heart of my suffering: WTF is wrong with me?

My ADD (which is now referred to as attention-deficit/hyperactivity disorder or ADHD) diagnosis was liberating — mostly because of the drugs. At first they prescribed me Ritalin. Then it was Adderall. For the first time in my life, I felt like I had a superpower. My medication helped me focus and gave me the energy to power through any task. My potential was limitless. Or so I thought.

In my defense, I had good reason to believe my delusions of grandeur were true. For two decades after learning about my mental illness, I had been conditioned to believe I was capable of anything I set my mind to — as long as I was medicated, of course.

I graduated from college with a high grade point average (GPA) and received honors. I found work in the Louisiana film industry that would eventually take me to New York City where I’d work with talented filmmakers, arrive at rooftop parties with actors like Thomas Ian Nicolas and Rebecca Hall as my guests, and start to work on my first short film.

When the economy deflated in the fall of 2008 and my filmmaking aspirations were cut short, I moved across the country to San Francisco with no job lined up and only three months' savings in the bank. All I had was a place to stay and a prescription. I got an entry-level desk job and turned it into my first marketing gig as a video marketer. I then pitched the concept of and was promoted to the company's first-ever content marketing position.

As far as I was concerned, I paid my dues through all those agonizing nights during elementary school struggling to do the homework everyone else seemed to do with less effort. Everything I achieved was the result of sheer willpower and a tenacity to do things others didn’t — like troll a hiring manager for a job interview on Twitter.

Less than an hour after completing a grueling half-day of interviews with the Eventbrite marketing team onsite, I was asked to come back. “The position is yours, if you choose to accept it,” Micha Hershman said as soon as we shook hands in the elevator lobby.

I was radiating with excited, nervous energy when Micha introduced me to a pair of executives a moment later.

“Where are you coming from?” one of them asked.

“Where am I coming from?” I repeated, unsure of the context.

“Yeah, where are you coming from? Facebook? Google?” They clarified. “Or are you a graduate? I went to <some Ivy League university I don’t remember>.”

This was the moment my streak of luck ran out and the trauma of my childhood pre-ADHD-diagnosis started to resurface, sending me into a downward spiral of self-deprecation. I started mentally listing all the ways I was eventually going to be outed as a fraud.

I hadn’t come from anywhere, I thought. Suddenly, I was a nobody surrounded by somebodies who were early employees at notable startups, MIT Sloan graduates, and people who took phone calls from Elon Musk at lunchtime.

Yes, I was born in New Orleans. But I actually grew up in a town called Arabi. My adoptive parents worked their butts off to make sure we always had more than we could ever need. But they were blue-collared suburbanites who never went to college. They sent me to good schools. But a mental disability had left me far behind my peers and I was still playing catch up. I didn’t go straight to college after high school. I managed Radio Shacks, spun records at nightclubs, and promoted raves while everyone else around me built their “real” careers.

My career was just getting started. I had spent the past five years devouring everything I could about content marketing from people like Margaret Jones — who I was going to be working with at Eventbrite. While I had a firm grasp of content marketing concepts, I hadn’t yet implemented a lot of the more advanced strategies and tactics. It was impossible to compare myself to my teammate, Rachel Grate, the most prolific content marketer that ever was. She could draft a 3,000-word ebook at her desk in an open office where a damn gong was going off every 15 minutes or so from the sales area without headphones — without headphones! — while writing novels on the side.

Fearing that I would be discovered as an imposter, I shut myself off and attempted to hide my flaws. Don’t you dare ask for help, I’d say to myself. That’ll only expose you. Better instead to figure it out on your own.

A year and a half later, a month before the second quarter of 2017, my downward spiral hit rock bottom.

We were scheduled to share our content plans with the new vice president of marketing, Dan Kimball. The problem, however, was that I hadn’t figured out my plan yet and had been stuck in my head for weeks. I went into the meeting room with a mess of papers and a half-assed Google Slides presentation, thinking I could wing it with less than 4 hours of sleep the night before.

When my presentation ended, the look on everyone’s faces said it all: Not only did I make a fool of myself, I had let down the people I looked up to the most.

Around 4 p.m. that day, Margaret sent me a message: Got a few minutes to talk? The walk from one end of the office to the small two-person meeting room on the other side felt like an eternity. I was about to get fired and kiss my career goodbye. Or so I thought.

Instead, I was given a second chance. In return, I was tasked with identifying the behaviors my teammates observed as problematic, figuring out what caused them, devising solutions, and committing to specific outcomes. But as I drafted an action plan, I was shocked to discover that I didn’t just lag behind my teammates in professional ineptitude, I also sucked at super-basic stuff — like paying attention in meetings, replying to emails, et cetera.

So, once again, I was left wondering: WTF is wrong with me?

The answer was ADHD last time, I thought –– let me start there. I asked my mom to send a copy of my evaluation. With that document in hand, I realized how little I actually knew about my mental illness.

Since being diagnosed, I had assumed my medication was a cure-all. But as I read through the evaluation, I learned that it was only part of the recommended treatment. “Emotional factors most definitely enter the picture,” the report read. “It’s recommended that Ronnie receive short-term counseling to improve his self-esteem and motivation.”

To better understand my mental illness, I wanted to learn what the latest research said about ADHD. What type of counseling is recommended in 2017? Are there new medications I could be taking? How are others with ADHD managing their symptoms?

As I combed through resources, a pattern emerged: Everything mentioned meditation, cognitive behavioral therapy (CBT), and diet. So I got a Headspace subscription and committed to meditating every day for one year. I started to pay closer attention to how food altered my mood and ability to concentrate. And, after working up the courage, I signed up for therapy — both with a group of other adults with ADHD and to receive individual CBT from a licensed professional.

All of the above led to all that followed. My imposter syndrome began to fade. I found the confidence to speak up when I needed help. My engagement in meetings improved. I was less reactive and more zen in my approach to work. And although my daily meditation streak only lasted 295 days, my practice enabled me to shrug it off and keep going.

Instead of continually wondering WTF was wrong with me, I was now using my strengths –– the same ones that had gotten me to this point in my career –– to grok my own operating system and reshape my approach.

One year later I was promoted to a senior manager, spearheaded a number of cross-functional projects including being the point person for our research and development team (shoutout to Marty). The following year, I was tasked with leading Eventbrite’s global content marketing strategy.

Stronger mental health also prepared me for the pandemic. I had the tools necessary to help me, my wife, and others in my orbit navigate the uncertainty and feel less isolated.

It’s easy to imagine how my life would be different if I’d known everything I know now about my ADHD. But my CBT and meditation practice have taught me to spend less time worrying about what could’ve been and focus on what’s right in front of me. Right now, that’s my 8-month-old daughter.

Current research points to the hereditary nature of ADHD. And while I sometimes regret not starting my mental health journey sooner, I’m grateful to have done so before becoming a parent. Because pursuing the answer to my own burning question –– WTF is wrong with me? –– has equipped me with the confidence and tools to help guide my daughter through whatever challenges she’ll face. Or so I hope.

Get started with HubSpot

Fill out this form to start a conversation with a Hopin team member about your events and get your questions answered.
Mental Health